My Story: A Personal History of Surbiton and KSDS 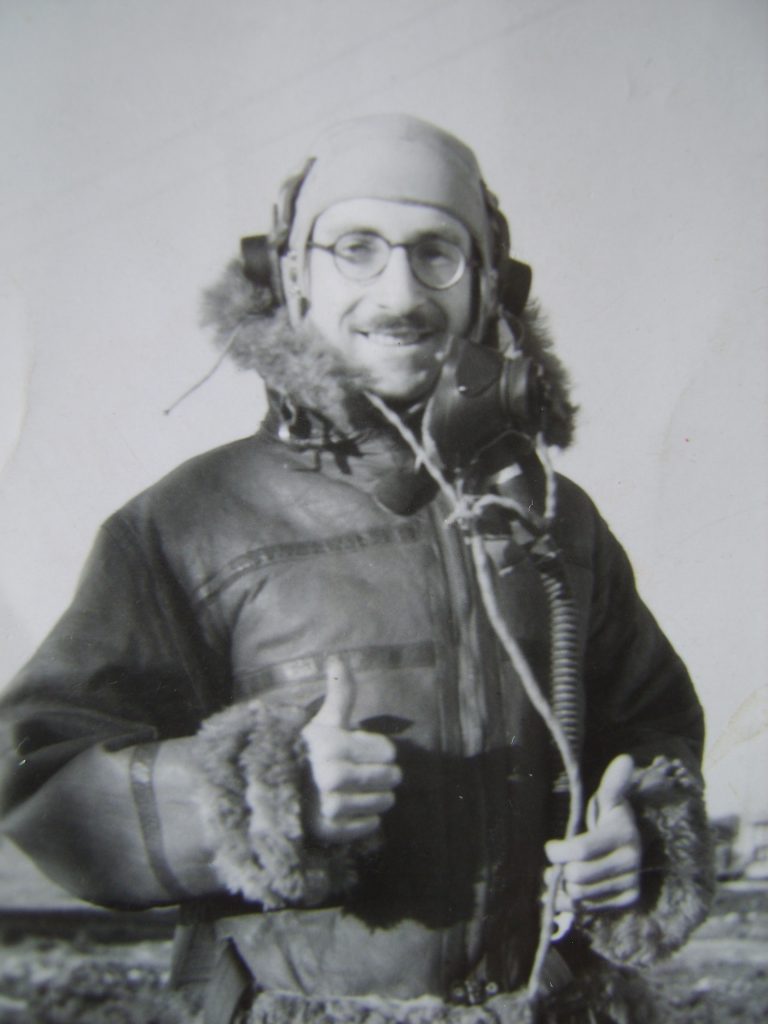 Harold Shattock in North Africa in 1943, a photographer with the RAF in the Second World War.

In the late 1800’s my mother lived in comparative affluence with her husband and son and daughter in Apoczna in Poland. On being widowed she brought them to England where they were accommodated by her parents with numerous siblings in a small tenement flat in E1, London’s East End. She sold sweets and tobacco in a Whitechapel kiosk.

My father, who was a widower with two daughters and worked in Ealing, was persuaded by an amateur matchmaker to travel East to view her (with no obligation). He was so enamoured by what he saw that he married her. The family moved to Kingston when Bentalls transferred him to manage a department.

My brother Maurice was born in 1912. Some months later in 1911 my father opened his shop in Surbiton which had accommodation above. My brother David was born in 1916, and my sister Miriam in 1920. I was born over the shop in 1922.

Including half-siblings and a housemaid, ten of us lived in the three floors above the shop. I am the sole survivor.

At the time Surbiton and Kingston Hebrew Congregation and Religion Classes were taking shape.

Before the 1914-1918 war there was a very small number of Jewish families resident in the Kingston and Surbiton area. During the war, and subsequently up to 1921 the number increased to between 30 and 40. By then it included three people who have since died: Charles Lichtenfield, Leslie Berg’s father in law, Mr. Jacobs, and Mr Neville Wolff and his father. I mention these people because they will be known to many of the present members of this shul.

Until 1922 services were held in private houses. In 1921, a Mr. Sasseini, then secretary of the congregation, arranged association with the United Synagogue, and the shul was named.

In February 1922 a three-year renewable lease was taken on the premises 22, Catherine Road, Surbiton at a rental of £70 a year, with an option to purchase for £1,000. At that time, the cost of membership was about £16 a year including the burial society contribution, 7/6d per half year which is just under 38p, in today’s money.

22, Catherine Road, was a large double fronted three-storied detached house about 120 yards up from the Portsmouth Road on the right hand side if you face away from the river. There were one or two houses of similar design between the river and the Shul, and they were all on the site now occupied by the River Court block of flats.

These houses were set back a little distance from the pavement with a small intervening front garden, and with an elevated ground floor, so the front entrance was approached by a number of steps. At the top of these steps was a portico supported by two pillars. This enabled the substantial mezzanine basement to be fully utilised like the other floors. Incidentally, the overhang of the portico was a useful shelter from the rain or sun if one had to wait for someone to arrive with the key.

The first floor was let to the minister, Rev Fogelnest, who I have been told was later succeeded by Rev. Wolff. The floor above that was let to Mr. Meshenberg, who was the senior maths master at Tiffins School, and also their careers advisor. Thus the Shul consisted of the ground and lower floors. The prayer hall was to the left of the entrance hall, where the two large front and rear rooms were joined by the removal of their dividing wall.

There was no actual “Bimah”, but the Ark, which appeared to me to be a cupboard standing on a plinth, had a beautiful embroidered dark-red plush curtain which was changed for a silvery white satin one for the High Holy Days. It backed on to some windows that looked out to the road. It was lined with white satin, and was surmounted by the usual lamp, and the ten commandments in Hebrew. In front of it was a traditional reading desk which again was covered with white satin. On top of the desk was the removable book stand, which gave way to the Sifrei Torah when required.

On the opposite side of the house to the prayer hall was a library. It had desks and was also used as an office. Hebrew lessons also took place there for smaller classes. To the rear of this room there were various cloakroom facilities, and also a small kitchen.

The main religious classrooms were on the lower floor. There was also a larger kitchen there. The two large rooms beneath the prayer hall were used for various social activities. I remember best the Chanukah and Purim parties, from which we invariably departed bearing gifts of fruit or nuts or sweets.

There was a large garden behind the house which was very convenient for the Succah. Neither the Shul goers nor the upper floor tenants were gardeners so the garden was neglected. This was fine for us, as during break times from Cheder, and when we went out to play during the long Holy Day services, we had free rein there. There were some sweet chestnut trees in the garden, and on fine September days, it was great fun to search out those nuts that were large enough to attempt to remove their skins – not encouraged on Yom Kippur, and of course forbidden to the older children.

Rev. Fogelnest lived rent-, gas-, coal- and electricity-free above the shul, and was paid £260 a year. I must admit I do not remember him. He prepared my brother Maurice for his Bar Mitzvah which took place in the Shul in 1924 when I was two years old. My brother told me that at that time the regular Shabbat services finished at about 11.30 am, and then the older children had religious instruction till 1 pm.

I well remember the festival and Holy Day services. The lay reader I can clearly recall was Mr. Hildesheimer, whose singing was not very musical, but whose voice was full of passionate sincerity. I do not remember any specific childrens’ services. Outside of Shabbat, I could not follow the services easily because my parents’ machzerim had the translations printed in Yiddish.

I naturally enjoyed what appeared to me the more spectacular activity with the bell laden Sifrei Torah and the more tuneful parts of the proceedings. I generally stayed beside my father, and he always told me when to keep quiet, such as during the Amidah, Kedusha, and on the High Holy days Shofar sounding, Una Sonetoikev, Ark opening and closing, and of course Aleinu. If you are unfamiliar with any of these terms, I must refer you to the Rabbi.

Outside of Shul and Cheder, my father from time to time explained to me the significance of some of the prayers. In retrospect, considering his agnostic tendencies, I am surprised at the extent of my father’s knowledge of these things. The Yiddish newspapers Der Zeit and from U.S.A. The Forward arrived weekly at our home from a London bookseller, and he read them all from cover to cover. I suppose this kept him abreast of Jewish thought at the time.

From when I was five my sister Miriam took me regularly to Hebrew classes. The head teacher was Mr David Spero. He was the headmaster of the Jewish Free School then in East London. In addition, in the evenings and school holidays he taught English to Jewish immigrants who were arriving daily at the Jewish shelter in the vicinity of his school. “Daddy Spero”, as we called him lived with his wife and four daughters in St James Road, Surbiton. One of them, Joan, was my sister Miriam’s best friend. I spoke to Joan a few weeks ago at her home in Wimbledon. Mr. Spero was not only a very busy man – he was loved and greatly respected.

He was a wonderful story teller, and every time he finished relating a biblical story I yearned to hear more. I well remember an incident of tragic importance, although I did not realise its significance at the time. It must have been in my tenth year. Unusually Mr. Spero arrived carrying a newspaper. He seemed quite upset, and soon started conferring with the older children’s teacher, Mr. Alexander. The subject of their discussion was the electoral success of a right wing German political leader whose name I did not hear at the time, but which became the most infamous in history. Later Mr. Spero told us that the political situation was very serious and that things looked very bad for the Jews of Germany.

I cannot give an accurate account of the demise of the Catherine Road Shul. My archive researches disclosed that its unused marriage register was returned to Somerset House as early as May 1929. There was correspondence with the Board of Deputies until 1932, which was the year I ceased Cheder in Surbiton, and continued my Hebrew education and Bar Mitzvah preparation under Rabbi Dr. Morris M. Ginsberg in Richmond.

I surmise that the lease of the premises was not renewed at some stage because the owner of the building was made an unrefusable offer by developers who then built River Court. It should also be borne in mind that there was a period of economic depression following the Wall Street crash of 1929.

I conclude this account by saying that I have dim but very happy childhood memories of the times I spent in the ambiance of the Catherine Road Synagogue between the wars. At that time I thought those days would go on forever. It goes to show that nothing stays the same indefinitely.